My first introduction to Cyberpunk was the card game, Net Runner. I have been begging for a new CCG in the Cyberpunk universe and today CMON has announced that they have teamed up with CD Projekt Red to produce Cyberpunk 2077 Afterlife: The Card Game.

In Cyberpunk 2077 – Afterlife: The Card Game, players become Fixers. Fixers are the databrokers and masterminds in Night City who recruit cyberpunks, equip them with gear, and send them out on missions. But nothing’s free in Night City. Players need to balance between what they want and what they can actually afford. Using an innovative drafting mechanic and special dashboard, players must decide which cards they want to buy, and which to sacrifice for funds in order to purchase new ones.

Each successful mission raises the player’s Street Cred, with mission survivors becoming Veterans, imparting their knowledge and experience to newer recruits. In this chrome-infused world, Street Cred is the only currency that truly matters.

So this doesn't appear to be a CCG or LCG but simply a card game. It is designed by Eric M. Lang and no solid release date has been announced but we know it will come out sometime in 2020. 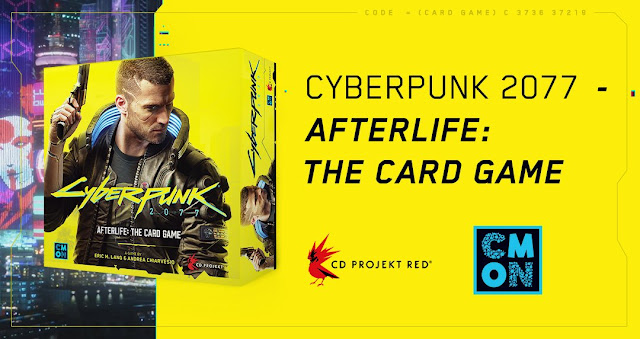