The kit will be released at Gen Con and it will be limited to only two boxes per customer. If you buy it directly from R Talsorian you will get a coupon to get the PDF from DriveThruRPG for only $8. Afterwards, you will be able to pick it up for only $15. The box itself will retail for $29.99.

Another little piece of information is that the rule books will be perfect bound and not stapled. It looks like they are definitely leaving the old school sensibility behind and our adapting many of the modern ways of producing games.

Inside the Cyberpunk Red Jumpstart Kit box, players will find: 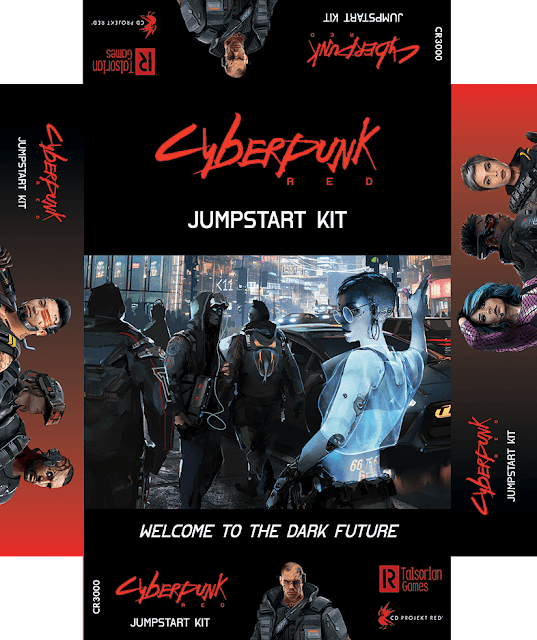 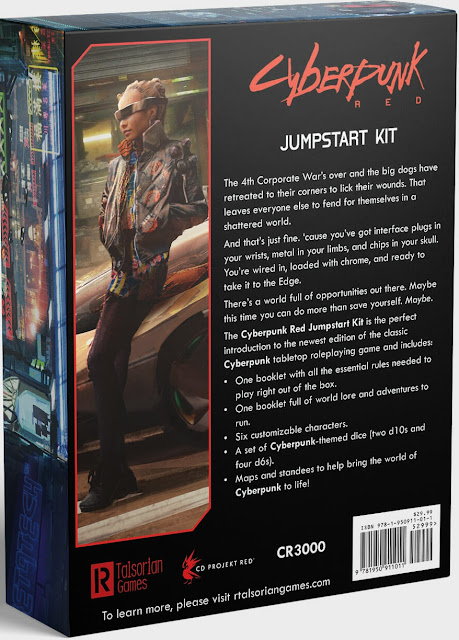