I've always loved Judge Dredd. The film with Karl Urban was fantastic and I even really enjoyed the Sylvester Stallone film for all it's camp. That love of course began with all the comics. I'm really hoping some day they make a sequel to Dredd or ever get that Mega City TV show going. Until then, all we have are the comics.

That said, today the cover for the trade paperback Judge Dredd: The Small House was revealed. I'm not completely caught up with all the comics right now so this collection from 2000 AD will be a nice addition to my library. Rob Williams' tale will be available on September 3rd and will come in at 96 pages.

Below you can check out the new cover that was just revealed for the release.

Everything is at stake and no-one is safe – in the critically-acclaimed storyline from Rob Williams and Henry Flint, Judge Dredd and his team of hand-picked allies finally takes on the nefarious Judge Smiley, Mega-City One’s behind-the-scenes manipulator – but who will be left standing at the end? And with tensions with Chief Judge Hershey at breaking point, has Dredd finally met his match? 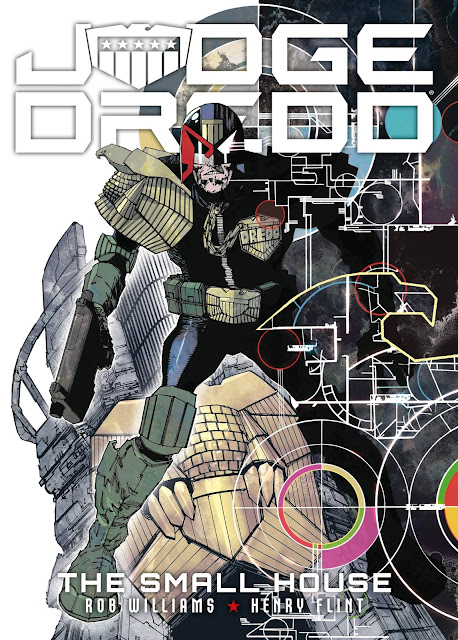