Get the Carbon 2185 Quickstart Rules Free

Carbon 2185 takes place in a dystopian San Francisco in the year 2185. Heavily influenced by movies such as Blade Runner and Ghost in the Shell, you’ll find plenty of familiar options in this game. the lead artist on the project, Klaus Wittmann is known for his work, funny enough, on The Witcher 3.

With Carbon 2185, the publisher intends to pair a streamlined, simple ruleset with layers of customization options for both the players and the Game Master.

“One of the cool things about Carbon 2185 is that you can build any character from cyberpunk literature,” said Robert Marriner Dodds. “From the disgruntled police officer hunting down replicants like Deckard in Blade Runner, to a mostly cybernetic security expert like Adam Jensen from Deus Ex, or even a reawakened former special forces soldier who has been in cryostasis like Takeshi Kovacs from Altered Carbon.”

The publisher is eager to point out that creating original characters is just as easy, and just as fun.

I haven't dug into all the crunch but the game has several things that I'm sure anyone reading this blog will be familiar with. It opens up with a bit of slang like street rat and mech. Terms that most Cyberpunk players will be more than familiar with.

Below is the overview of the game and if it grabs your interest head on over to their official site to pick up the quickstart rules for yourself.

Carbon 2185 is an upcoming cyberpunk rpg created by Dragon Turtle Games due to be released in 2019. Carbon 2185 is all about telling stories in a dark dystopian future influenced by franchises such as Blade Runner, Ghost in the Shell, and Deus Ex.

The core mechanics and rules of Carbon 2185 are built using, and developed from the OGL, so anybody who has experience with this game system has a unique advantage in learning these new rules. That being said, experience is not necessary, and in our playtests, new players picked up the streamlined rules by the end of the first session. 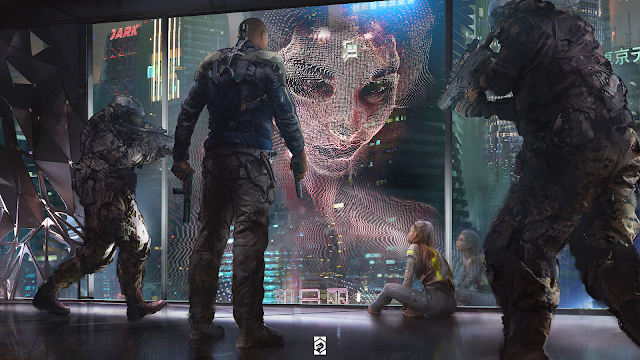