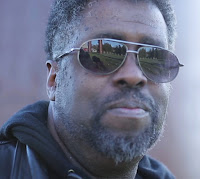 There seems to have been some confusion over the timeline in the Cyberpunk universe. A misinterpretation of an interview seemed to reveal that Cyberpunk 2077 was an alternate timeline from the tabletop RPG Cyberpunk games. I'm not sure how Mike's original quote was taken out of context since it seemed pretty clear to me. This is what he originally said at PAX East:

Let’s say that at this point, we plan to continue the timeline and you will see the things that you saw in 2020, but they will somewhat be changed. And that will affect both the timeline and also the fact that cellphones went from the size of the brick to the size your thump, and than again to the size of a brick. So you are going to see some shifts in technology.

I guess I might be able to see where some confusion came into play when he was referring to changes in the timeline. However Mike Pondsmith has come forward on Reddit to clear up the confusion:

Ahem. There's still an incorrect interview floating around the interwebs that states that Cyberpunk 2077 and Cyberpunk 2020 are separate timelines. To clear this up, I am posting RIGHT HERE AND NOW that the timeline is unified, with the path moving from Cyberpunk 2013 thru Cyberpunk 2020, then through Cyberpunk RED and up to Cyberpunk 2077

Lord knows, we spent enough time hashing the details out over the past six months. Expect more on this later. Back to your cyberlives, everyone.

So there ya go folks. The man has spoken.
Posted by LuketheGoon